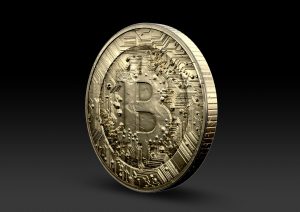 Introduction of bitcoin has certainly made a revolutionary change in the definition of currency.

In short, it is the first cryptocurrency of its kind which was introduced in 2007 by an anonymous programmer/s name Satoshi Nakamoto. The total existence of this currency is virtual and it is based on complex algorithmic function.

Another way to put it is that it’s an implementation of using blockchain technology.

Bitcoin creation is a process of solving complex mathematical problems using different algorithms. Many people around the world use their computing power to solve these problems and produce the digital currency. The process is called Bitcoin-Mining and the people who mine it are known as Miners.

The total number of bitcoins that can be mined and circulated in the network is fixed, so there is no chance of producing unlimited bitcoin.

Digital currency has several features that make it superior to the fiat currency.

First of all, it is a decentralized currency. That means, it is not controlled by any single authority or government. Anyone can access and use the network from any part of the world. So, it’s very easy to transfer and carry bitcoin across the border.

The system is completely digital and so simple to get used to. There is no need of waiting for the legal confirmation or paperwork to set up your account. You can just go online and register and open an account. Trading cryptocurrencies provide complete anonymity for the users. Users do not need to provide personal information to open single or multiple accounts.

All the data of the digital currency network is stored in a public ledger based on Blockchain. So, anyone can view the transaction records and bitcoin information of every address, making it the transparent financial system ever.

Since there is no need for any third part authorization and legal validation, transactions are fast and relatively cheap.

What is MyEtherWallet (MEW)?