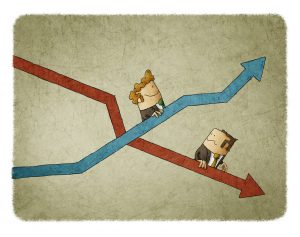 If someone asks you what cryptoeconomy  (or cryptoeconomics) is then don’t bother looking for an official definition in the google because there is none yet.

In a simple way, the study of the protocol of production, distribution, and consumption of goods and services in the world of cryptocurrency can be termed as Cryptoeconomics.

One of the key features of the cryptographic network is its robustness towards any attacks. The cryptoeconomics design the basic structure for the decentralized peer to peer network without the help of any third party authorization.

Many of us may remember Kazaa or Morpheus, peer-to-peer platforms or file sharing. Long before Bitcoin as a p2p implementation was introduced. Users were able to use those file-sharing platforms to share their contents from any part of the world. The decentralized network of that period of time had everything except a financial incentive. As a result, people were not inclined to share their computing power (seeding o files) for the benefit of other people in the network which contributed to the popularity decrease of those p2p platforms.

Then came Satoshi Nakamoto with his brilliant idea of Bitcoin, a newly designed p2p network with a financial incentive. The fundamental economic assumption is that miners will get rewarded for their effort by a commission. Miners will use their computing power to generate blocks in the blockchain and process transactions. The journey of the cryptoeconomy starts from there (We loved Vitalik Buterin’s explanation that starts at 4:04 min in this video). The inability to reach a consensus for a decentralized network system was solved when bitcoin was introduced. Proof of Work protocol of the bitcoin allows the network to control without the help any regulatory party. The current market value of one bitcoin is around $6000; says something about the popularity!

The Development of Cryptoeconomics

The introduction of bitcoin paved the way for many other crypto tokens to appear on the network over time. Every altcoin that has come or is coming after bitcoin contain the basic structural similarities with minor differences. But none of them has matched the level of publicity like bitcoin. Some token network offer faster transaction, some provide complete anonymity but every token network is based on the Proof of Work protocol like bitcoin.

And then came Ethereum

in late 2013 Vitalik Buterin introduces Ethereum project using its own blockchain platform. It has shown a lot of promise and potential for future development. There are some basic differences between bitcoin and ethereum. First of all, the etherum network is designed to operate on Proof of Stake protocol. It eliminates the need for dedicating computing power in order to gain cryptocurrency token. The idea is to save a huge amount of electricity that is bitcoin mining process requires. Although ethereum network is still operating with Proof of Work consensus, it will implement the Proof of Stake consensus very soon. The etherum doesn’t have any limit over the total number of the token to be circulated in the network like the 21 million of the bitcoin network. And finally, the scripting language of ethereum is different from bitcoin which allows ethereum network to process smart contract, a technology with immense potential.

Now cryptoeconomics can study on a blockchain with a face behind it.

If to sum it up

It’s not fair to judge an economy that is still very new and tiny compared to the global market. But the potential it shows leaves a lot of Experts to agree on the act that cryptographic peer-to-peer technology is the next era of modern off technology. With proper development and implementation, the decentralized cryptoeconomy can bring revolutionary changes in asset and value transaction.