Ethereum is a blockchain app platform allowing developers to create decentralized apps. The platform runs ‘smart-contracts’ which allows the apps to run smoothly with no interferences, censorship or third-party interference.

Ether is the cryptocurrency paid to the developers on the ether -network to ensure good quality application coding. 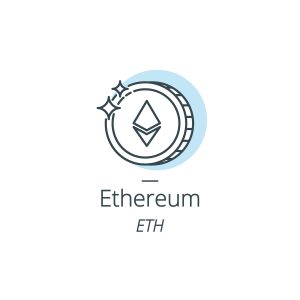 is still a fresh idea to the majority of the people.

Those who are recently acquainted with cryptos sometimes mix Ether up with Ethereum.

Here we will try to get clear distinctive ideas about Ethereum and Ether.

Ethereum is stated as a base, a platform where information is shared without any chance of manipulation. It is a blockchain similar to that of Bitcoin that keeps the records of events which are run on it. It has the immense possibility to be used as the medium of those sorts of gives and takes that need to avoid third-party interference. For example transaction of money between clients or transferring money to the bank, transfer of document to specific insurance company etc.

Colloquially, Ether is called the digital oil for the Ethereum virtual machine. Like Bitcoin, Ether is also a kind of digital bearer asset, a currency unit used to provide fuel for the decentralized apps of the network.

Bitcoin and Ether, both being virtual currencies, do not need the approval of any third party for transaction although there is a basic difference between them. Like money, Bitcoin is a virtual and digital medium whose arena of transactions are not limited. On the other hand, ether transaction is valid only within the Ethereum network.

Unlike Bitcoin, there is no limited amount of hard cap of Ether. Back in 2014, 60million Ether was purchased by users in a crowdfunding campaign. Ethereum Foundation, a group of developers and users working on the underlying technology put 12million Ether in their bag. Every 12 seconds 5 Ethers are created roughly whenever a block is discovered by a miner. Sometimes a compensation of 2-3 Ethers are sent to the miner who did find a solution but his/her block was not included. This phenomenon is known as uncle/aunt reward. But the mining and uncle reward came down to 3 Ethers and 0.625-2.625 respectively when the Byzantium update was implemented.  Approximately 18million ethers are mined every year which is about one-fourth of the initial supply.

Creation of indefinite amount of Ether is minimized in various ways like accidental key lost, users death etc. It is to be added that Ethereum will be shifted from Proof of Work algorithm to a new consensus under processing namely Casper which will be hopefully more adequate and require less mining subsidy.

To say about the graph of price, it is ever-changing. In the middle of June Ether was worth $420 dollars which were only $20 dollars in March. Within the month of May, the price was raised promptly from $90 dollars to $230 dollars. People who know Etherum well have shared their view in this regard. They think that the investors with little knowledge of Ethereum are mainly responsible for this fluctuation. With the increase of awareness among the users, rapid bumping in price will hopefully come to a stabilized state.

As said earlier, Ether acts like fuel for Ethereum virtual machine. It is a means of running the operations within the blockchain of Ethereum. Therefore the developers who are willing to create smart applications based on Ethereum blockchain are going to need Ether.

It is also necessary to have Ether if the user wants to access and deal with smart contracts within the Ethereum network.