Home » The Future of Finance and Cryptocurrencies
Soho

The Future of Finance and Cryptocurrencies 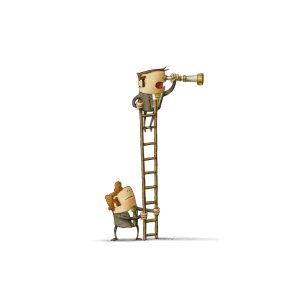 The introduction of cryptocurrency has introduced whole a new dimension in the field of financial technology. An ecosystem with a current market cap of $1 billion and an overall limit of $100 billion, the possibilities are limitless.

Bitcoin and its relatives have spread throughout the global market and created the ideas of many innovative applications along the way. While most of the community see cryptocurrency as merely a trading tool, these blockchain based alternative currencies have made certain strides in financial technology or FinTech.

The key to the success of the cryptocurrency is not the currency itself, rather the underlying technology- blockchain. The decentralized open ledger system has already given some game-changing protocols like Initial Coin Offerings and Decentralized Exchange Services. Amazingly, that’s only the surface of the potential. Experts are hopeful that proper development can reshape the global FinTech landscape. New innovations can revolutionize the traditional systems of business or asset transaction and protocols of the global financial market. Business will be funded by ICO, employees will be paid by automated transparent ledger, transactions will be sent from peer to peer, and asset management will be safer than ever.

We are already seeing the exemplary success of the ICO projects, an idea that has completely replaced the traditional Initial Public Offering. New projects are launching every day on the basis of some successful ones, raising tens of millions. People gear up for these events as some of the ICO campaigns only last for a couple of hour from launch. This is not a simple hype or some false excitement, ICO campaigns are receiving global support due to its decentralized nature. It is helping new projects to raise capitals and allow people from all over the globe invest in return. Investments are no longer defined by borders and regulated by the financial giants. ICO has helped to provide equity in financing.

Cryptocurrency has also changed the scenario of the global banking system.

A couple of years ago some major banking giants decided on creating a global payment network using the Ripple. That’s only a single standout example among several initiatives taken by Bank authorities all over the world.

Some of them are experimenting with the blockchain technology to integrate and develop the next generation banking network. On the ground level, cryptocurrency has already brought significant changes. Bitcoin alone has 1,500 ATM booth set up all over the world. The technology is faster, cheaper and transparent. So people are starting to take notice of this revolution. Start of an alternative market where there are no major players or central authority, the money is distributed. This alternative model can be an ideal solution for countries struggling to stabilize their traditional currency systems.

Cryptocurrency will have cope with both sides of the coin as the question will be raised about the stability or liability of the system. But one thing’s for sure, people have embraced this alternative way of conducting business and transacting assets. Even though cryptocurrency is yet to make a wave in major markets such as the US, there is optimism around the globe about the potentials of cryptocurrency and its technology. Proper development and collaboration can pave the way for an alternative financing system where fiat and cryptocurrency will be used together for institutional banking, taxation system, payroll processing, and consumer transactions in the near future.