Home » What is Ethereum?
Trading Guides 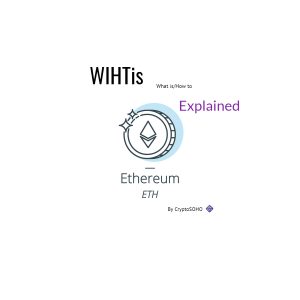 What is Ethereum for Beginners?

Simply speaking, Ethereum is a public open source distributed computing platform that allows developers to create decentralized smart apps which are obviously based on blockchain technology. It is far more adaptable and flexible compared to other applications.

Is Ethereum similar to Bitcoin?

They have similarities on which platforms they are based on, both are public blockchain network. But they are not entirely same. They have distinct borderlines between them in their function and efficiency. Bitcoin provides the facility to conduct a transaction of money through peer-to-peer network whereas, Ethereum network offers the same opportunity as well as they provide space to run the programming codes of decentralized applications.

What is a Smart Contract?

Smart Contract is a bunch of autonomous computer codes that keep records of a deal and operate on its own when definite terms of those records are fulfilled. As the codes run on a decentralized platform, transactions are secured without any hindrance and intervention of the third party.

Ethereum allows the developers to create any number of operations whereas, other applications have limitations in this regard.

Until Ethereum came into existence, other blockchain applications used to execute some specific operations. Networks like Bitcoin could only operate peer-to-peer transactions of virtual money.  Developers tried to come out of this limitation. They had two options, either they had to increase the number of operations of prevailing apps which would be much critical and would consume time or to create totally a fresh blockchain application based on a new platform that would be able to solve the former problem. With this motive, Vitalik Buterin founded the revolutionary application, Ethereum.

The prime feature of Ethereum network is the ‘Ethereum Virtual Machine’ which can operate a code of arbitrary algorithmic complexity. In the term of computer science, Ethereum can be called “Turing Complete”. Developers can build smart apps that run on the Ethereum Virtual Machine using any programming languages like Python, JavaScript etc.

Most of the technologies and features that Ethereum has introduced may be familiar to Bitcoin users. But there are some unique modifications as well. Bitcoin was simply a list of transactions whereas, the basic unit of Ethereum is the account. The Ethereum blockchain keeps track of all accounts and manages transitions on the blockchain. Ethereum blockchain accounts are of two types:

The basic distinction between these is that the users control EOAs as they possess the private keys. On the other hand, Contract accounts are executed by their internal code. They only execute an operation after the confirmation from an EOA. So it is impossible for a Contract account to execute native operations, such as random number generation and API calls by itself. It can only do these things if permitted by an EOA.

What can Ethereum be used for?

Ethereum provides a platform for developers to create decentralized applications. Bitcoin is one of this kind which offers peer-to-peer transactions without any third party interference. Therefore, Ethereum shows a hope that any centralized service can be decentralized. Actions involving intermediary services like banking, registries, voting process etc can be more swift and transparent using Ethereum blockchain.

It also provides the idea of building Decentralized Autonomous Organizations where the authority is distributed uniformly among the shareholders carrying tokens of the organization an identity. Thus Ethereum ensures security and immutability of the applications and resists possibilities of hacking attacks and fraudulent acts.

The Ultimate Guide to Altcoins

Is Widespread Adoption Leading Us Closer To Centralisation?

The Ultimate Guide to Crypto Brokers

The Ultimate Guide To Crypto Wallets

What Are Crypto ETFs And CFDs?

The Ever-changing Landscape of Crypto Legislation

The Ultimate Guide to Crypto Exchanges

The Wild And Practical World Of NFTs