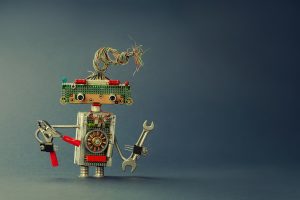 Innately, mining is not within the reach of everyone. It is willfully designed to be resource-intensive to maintain equilibrium between the number of upcoming miners and the number of blocks to be found daily.

Let us focus on bitcoin blockchain.

To prove validity, each block must possess a proof-of-work which, when added to the blockchain, is checked by the nodes of it. The hash key proof-of-work function is used in bitcoin blockchain.

Mining allows the nodes to ensure a secured and non-manipulated consensus. It is also a means of creating new coins. Each time a block is added to the ledger, new coins come into existence and miners are awarded transaction fees.  Thus, mining disseminates fresh coins in a decentralized way and, at the same time, motivates people towards itself that ensures the security of transactions.

The difficulty in mining is maintained in a controlled way. To be valid, a block’s header should have the SHA-256 hash less than or equal to the target. For easy understanding, the hash should start with a certain number of zeros. Many attempts are required to calculate a hash starting with many zeros because of its less possibility.

Difficulty increases with the increasing number of miners to minimize the rate of new block generation. Any block that does not qualify the provided difficulty target is rejected by the network.

Every time a new block is found by a miner, that individual is awarded a definite number of coins which is determined upon agreement by the users in the network. At present, the amount is prevailing at a rate of 12.5 bitcoins that will become half every 210,000 blocks. Thus the scarcity of supply and value of the coin is maintained. Miners are also paid transaction fees by the users as well which is an additional source of income for them.

When Bitcoin was invented, it was the only platform for the miners. But, the gradual invention of other alternative coins has created a vast opportunity for the consumer level miners to mine. As Bitcoin mining requires highly efficient hardware provided high difficulty target, it is out of reach for most of the new miners, it is now reserved only for large-scale operations.

Compared to bitcoin, alt-coins like Litecoin, Dogecoin, Feathercoin, Peercoin etc are much friendlier to the fresh miners. They provide the opportunity of earning 10 cents to 50 dollars daily with consumer level mining setup.

Advanced technologies always outrun the former ones. CPU mining was moved out of the track with the advent of GPU mining which is gradually replaced by FPGA mining and ASIC mining. The following one is always more effective as the amount of coin produced becomes relatively higher than the maintenance cost.

Ther are some other requirements for mining such as coin wallet of the one to be mined, membership in an online mining pool, membership at an online currency exchange, continuous internet connection with a good speed, a custom-built computer, efficient cooler and last but not least, interest of the individual in mining.

Mining is a vast area that provides a good source of income to people within a great circle. Sometimes, experienced miners suggest mining as an optional income source or a productive hobby rather than a profession. The reason is that there is a risk of choosing a coin to mine. Again, 3000-5000 dollars are to be invested in up-front hardware to earn 50 dollars or more per day.  But the shiny sides of mining have always attracted people towards it. Happy mining.

What are Crypto Trading Bots?

Are Stablecoins An Integral Part of the Crypto...

Crypto Winters: A Comparison Between 2018 And Now

What Tools to Use to Analyse the Crypto...

How and Why are Apps Built on the...

Why are Cryptocurrencies ‘Burned’?

How Will Countries Adopting Their Own Digital Currency...

A Comparison and Guide to Crypto Trading Apps