The Future of Financial Applications with Blockchain 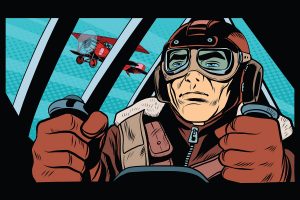 Blockchain is a vast platform for ‘blockchain applications’.

The blockchain technology has come a long way from being just a vehicle for Bitcoin currency.

Many experts believe that the integration of blockchain tech on financial services could bring revolutionary changes in the global economic system.

Here’s a list of 10 of the best blockchain applications in the financial industry.

Bluemix Garage of IBM in Singapore has announced a new service that will use the blockchain system to provide a better KYC (Know-your–customer) protocol, for better customer information system.  The service will provide a more secure environment as well as encrypted information submission and video conferencing.

IBM has reached yet another landmark with its Thailand unit. They have joined hands with Kasikornbank of Thailand to launch a blockchain based service for faster and cheaper transactions. The encrypted security of the blockchain also provides the much-needed safety for the users without the use of the third party. Not only reducing cost and time this technology will also make use of the Hyperledger service of the IBM for document verification.

Ripple announced the launch of the first-ever interbank payment service operated by decentralized financial tech. some of the major banking giants have joined together in this venture, such as Bank of America Merrill Lynch, UniCredit, Standard Chartered, Royal Bank of Canada and Westpac Banking Corporation with CIBC to join very soon. The group was named as the Global Payments Steering Group (GPSG). The customers from all around the world can enjoy safe, swift and secure banking service.

Abra Cadabra causes magical things to happen in the fantasy films and so does Abra. This is a tech company who plans to make wonders in the financial industry with blockchain technology and provides a simple currency exchange service. They are trying to make inroads in the mega $600 billion worth market of global remittance which can be a painful process with all the waiting and excessive costs.

Digital Asset Holdings has launched a new blockchain-based service to facilitate next-generation financial corporation movement. The GSL functions by ensuring the validity or preventing the duplicity of the smart contracts.

Wells Fargo and Commonwealth Bank of Australia have recently completed an interbank open account transaction using the blockchain platform. They have also used the Internet of things to perform for shipment. The shipment involved sending packs of cotton from the USA to China. The goal of this collaborative technology is to understand the abilities of modern technology and how it can solve some of the problems of the customers

NASDAQ has reported that their blockchain ledger technology, Nasdaq Linq, was put into use for the first time when an issuer used it to complete and record a private securities   NASDAQ Linq also allows for online completion and execution of subscription documents, provides the security for the public market trade settlements, can execute three days long trade cleaning in ten minutes.

SAP (a German Based multinational software company) has developed a cloud platform and a payment engine as a blockchian application. The transaction took place between ATB Financial of Canada and ResieBank AG of Germany which involved a payment of $1,000 CAD. A group of developers from SAP, Ripple, and ATB Financial worked together to connect the SAP payment engine and the SAP HANA Cloud platform with the blockchain network of Ripple.

London based financial company SETL, UK challenger bank Metro and Deloitte have partnered together to develop a contactless card enabled blockchain based payment system. SETL blockchain application will allow the service to make a comparison of the major card networks. The authority claims that their blockchain can manage thousands of transactions than the capacity of the MasterCard and Visa. SETL also believes that the to process payments will provide a low-cost solution for the users through reduction of middle parties

Mahindra is an India based multinational automobile manufacturing company and they are looking to improve their supply chain service with the help of the blockchain technology.   They believe that blockchain tech can help to run their invoice discounting service more swiftly. The company has joined hands with IBM to implement the Internet of Things to reduce the delivery time which usually takes up to seven days.

There are many more amazing blockchain applications.

These were some of the promising prospects blockchain application technology use case in the financial system. Much more are currently under development. The aim of the project is to cut down the cost and time of the usual new-customer registration process.

In another article, we will examine further blockchain applications, such as Tezos, Naga, Minxbank and more.