To Bitcoin, or not to Bitcoin

This Is The Investment Question 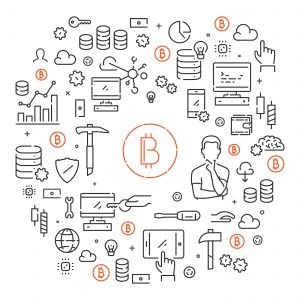 Bitcoin, the currency of technology, has been faced with many questions since the journey began in 2008. From wonder currency to black market dealing, Bitcoin has seen it all. Financial experts can’t sort out the proper future for this digital version of currency. Some suggest that bitcoin may not last for another decade while others treat it as the solution for the fiat- currency problems. Bitcoin market price is not helping to make the case either. The volatile nature of bitcoin has created a lot of enthusiasm as well as uncertainty among the community.

There are many opinions on whether to invest in bitcoin or not.

There are many risks involved and this article is about our opinion and an overview of bitcoin investment.

History In A Glance

Bitcoin first came into the scene on the brink of a financial crisis that put some questions about the shortcomings of the traditional fiat currency. The digital currency didn’t receive any a reasonable response at the time due to the fact that there was no regulation involved and also it was a bit technical for the common people to use. Bitcoin doesn’t have a central authority and it doesn’t have any tangible form. It is created from the computer-based cryptographic program and stored in digital wallets. The transactions work as simple value transaction where people can exchange cryptocurrency using the exchange services available.

Despite a slow start, people became more and more interested once they realized the potentials of the cryptocurrency and the application possibilities. Investments are flowing into the market and bitcoin is slowly pushing for mainstream sponsorship. Now, if anyone would’ve guessed that investment in Bitcoin market might double or triple up in the following years than most of us wouldn’t believe that nonsense. But in reality, it did happen. Bitcoin price, which lingered so long below the $500 mark after touching the $1k mark in early 2014 finally hit the strides this year. Bitcoin market price has crossed the $5000 mark and certainly waiting for more expansion in the near future. All this hype is creating more investment opportunities for the cryptocurrency market and attracting more client every day.

The Other Side Of TheCoin

Lets’ look at the other side of the coin for a moment. Bitcoin price has become a thing of wonders for people who want to gain profit from bitcoin trading. But the fact that the market price has jumped so high in such a short time has brought the “volatility” question all over again. The price was stable for so long with several talks of price bubble along the way. People were starting to believe that bitcoin market has finally settled down and ready for mainstream investment. Then came the price bubble and the fear of bursting at any time. Experts are divided in their opinion whether the market price will crash at some point or not. Whichever way the market goes, the recent price increase is not greeted with positivity from all aspects of the financial system.

From the technological point of view, the bitcoin surge couldn’t have come any sooner. Bitcoin has been the theme of application for the many financial giants mainly because of the underlying technology. Experts are working on several innovative ideas based on the bitcoin technology that may bring revolutionary changes to the traditional currency system. The global financial network will become decentralized and people will have more control of their asset and value transactions. This opportunity of endless possibilities has lured investors to make an investment in bitcoin projects. Initial Coin Offering campaigns have gained huge popularity and have given the freedom of investments to the common people regardless of the border or nation.

Bitcoin market has proven to be two-dimensional field due to various factors. In my opinion, bitcoin should be viewed as a technology rather than a currency because it’s the technical part of bitcoin that made it so appealing in the first place. Investing in the bitcoin market should be done with a cautious approach. We should try to stay on the positives aspects of the virtual currency to establish a better financial network for the future.

And if you think money is real, Maria Bustillos has a nice overview of bitcoin trading.

My Quest to Financial Freedom – Introduction

GME Stock Is Still a Good Buy Despite...

The Most Visited Crypto Websites

What is a Non-Fungible Token (NFT)?